Two cruise ships collided in Vancouver over the weekend, in the latest incident to rock the troubled cruise industry. 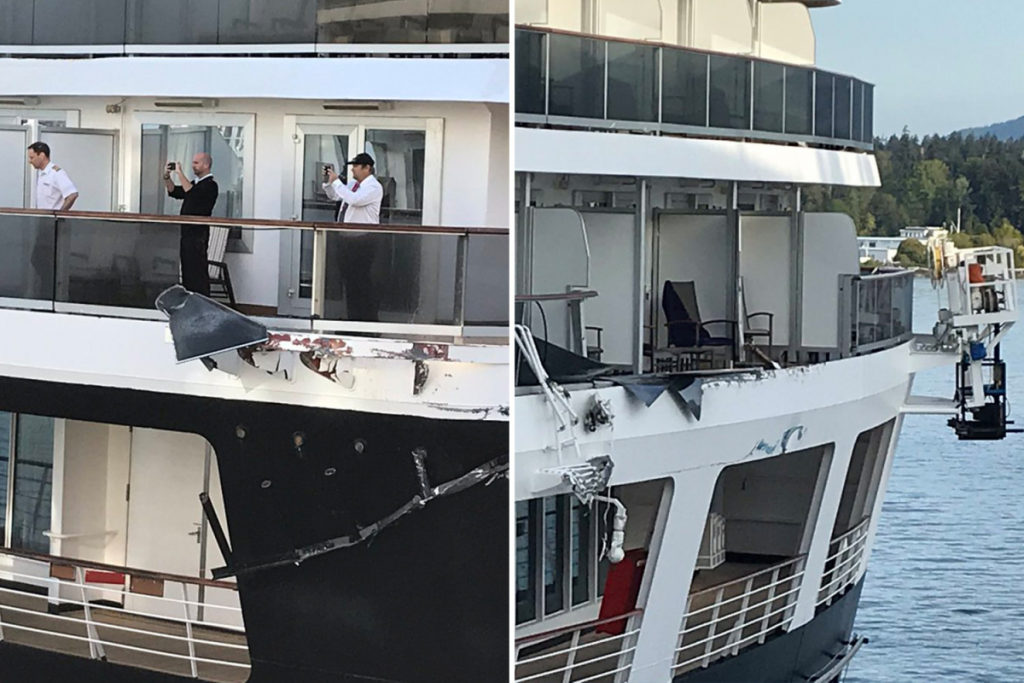 The VancouverSun.com reports that two Holland America cruise ships collided while in port on Saturday, leaving a huge gash in the side of one of the vessels.

Despite the damage, Holland America insisted that the collision would not affect the ships’ seaworthiness. “All required repairs are well above the waterline and the seaworthiness of both ships is not affected. All appropriate authorities have been notified,” the company said in a statement.

No passengers or crew members were reported injured in the incident.

The collision is not expected to affect the ships’ itineraries.