Though here have been several videos which have captured cruise passengers falling overboard from the massive vessels, it nevertheless remains jarring when such an occurrence is visually documented. The most recent case of a cruise ship passenger disappearance being captured on film occurred this week when a woman fell from a P&O ship in Australia. 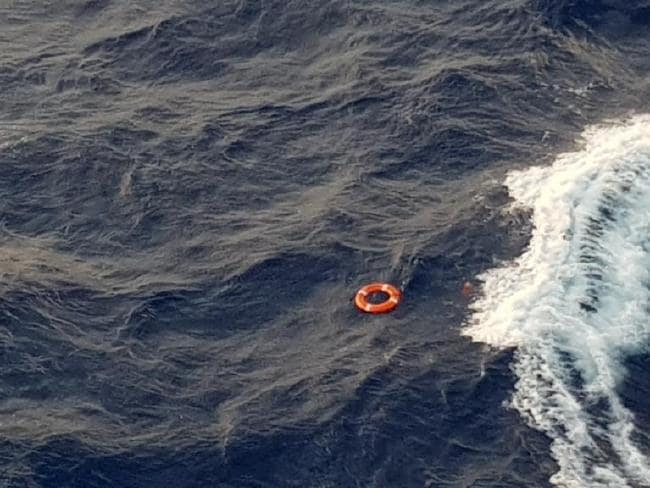 The woman fell from the ship as it sailed about 150 nautical miles off New Caledonia, reports News.com.au. Though the ship circled the area where the woman was last seen for hours, she was never found. This is especially disappointing in light of the fact that the passenger went missing during daylight hours, and was captured in a photograph just feet away from a life ring. It appears that she was submerging at the time the photo was taken.

In an announcement about the incident, the ship’s captain announced to the ship’s passengers and crew:

“We are still in the area of the incident, and the weather conditions with the swell three to four metres high, as you can see outside … the strong wind made our search extremely challenging.”

“As a result we have now made the extremely difficult decision to continue our journey towards Brisbane.”