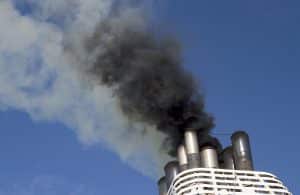 Millions of Americans go on cruise ship vacations every year and have the assumption that they’re safe while out at sea and while docked at a port. Unfortunately, fire and tragedy do still occur, which significantly impacts the safety of passengers and crewmembers. Fires affect the cruise ship’s integrity and interfere with steering capabilities, and power outages can lead to serious consequences in terms of sickness, injury, and death.

One example of a cruise ship fire and tragedy is the February 13, 2013 case where the Carnival Triumph cruise ship left Galveston, Texas for a seven-day cruise with 4,200 passengers onboard. Carnival’s poor maintenance of fuel lines and filters in the generators in the engine room caused the fuel to leak. This caused a fire, and the fire caused the ship to lose power while it was off the coast of Mexico.

For some reason which is known only to Carnival at this point, all of the diesel engines—which are supposed to provide power to propel the ship and to provide electricity to run the boat—went out with this fire. There is supposed to be complete redundancy in these systems, and yet there was not. This points to poor maintenance and poor judgment on taking this ship out to sea.

Carnival decided not to take the ship back to Cozumel or Progresso, Mexico, the site of two close cruise ports. Instead, Carnival decided to try to get the baot all the way up the Gulf of Mexico to the Port of Mobile, Alabama. That meant that the passengers on the ship were subjected to at least four days of no running toilets (the toilet system on ships are vacuum-activated and require power to move the sewage). Sewage was leaking out of the toilets and onto the carpets in cabins, passenger hallways, and down the walls.

To read the Court’s Motion for Summary Judgment by the Plaintiffs on liability, click here.

Cruise ship engine fires can have grave consequences to your health and well-being, and in the instance of the 2013 Carnival Triumph disaster, their negligence was glaring. First, Carnival knew the vessel had major maintenance issues on the voyage, including an engine problem which affected propulsion to the extent that the departure was delayed for hours. Also, passengers on the Carnival Triumph voyage before this one indicated that the ship listed, that is tilted, on that voyage. A sudden and otherwise unexplained list suggests that the stabilizers—which run on electrical power—were not functioning correctly.

Without working bathrooms, the exposure to sewage on the vessel was dangerous, and it was particularly significant because it was throughout the ship. Passengers reported that the toilets overflowed with sewage and soaked carpets in the cabins and the hallways. Most if not all of the passengers had to step in the sewage water.

This opinion will be significant in the case of any catastrophic event or fire which occurs on a cruise ship.

The terms and conditions outlined on your ticket dictate where and how long you have to file your cruise ship accident and injury claim. Contact our experienced attorney at the Hickey Law Firm in Miami as soon as possible at (305) 371-8000 to discuss your case. Jack Hickey and our skilled team of attorneys serve injured clients in Miami, Florida, and nationwide.