Local 10.com reports that the crash occurred when a bus carrying 32 passengers from the Carnival Ecstasy cruise ship flipped on its side as the vehicle traveled on a shore excursion. Four of the tourists suffered injuries so severe that they could not be treated in the Bahamas and instead were transported to South Florida for treatment by a A U.S. military C-130 aircraft.

Local10.com reports that the victim’s injuries include fractured arms and legs and internal injuries, and that one may have been left paralyzed.

This time it is a bus booked by Carnival Cruise Line for Carnival Ecstasy passengers. The crash happened in Eluthra, an island of The Bahamas yesterday, June 24, 2019.  28 passengers were treated at a local clinic. 4 passengers were airlifted to Broward County, Florida for trauma center medical care.  According to Broward County Fire Rescue 3  passengers sustained serious injuries, including arm and leg fractures, internal injuries and possible paralysis.

Carnival in its initial statement was eager to point out that the bus which crashed was operated by an independent contractor. Once again we see a cruise line side stepping it’s responsibility for arranging these tours. 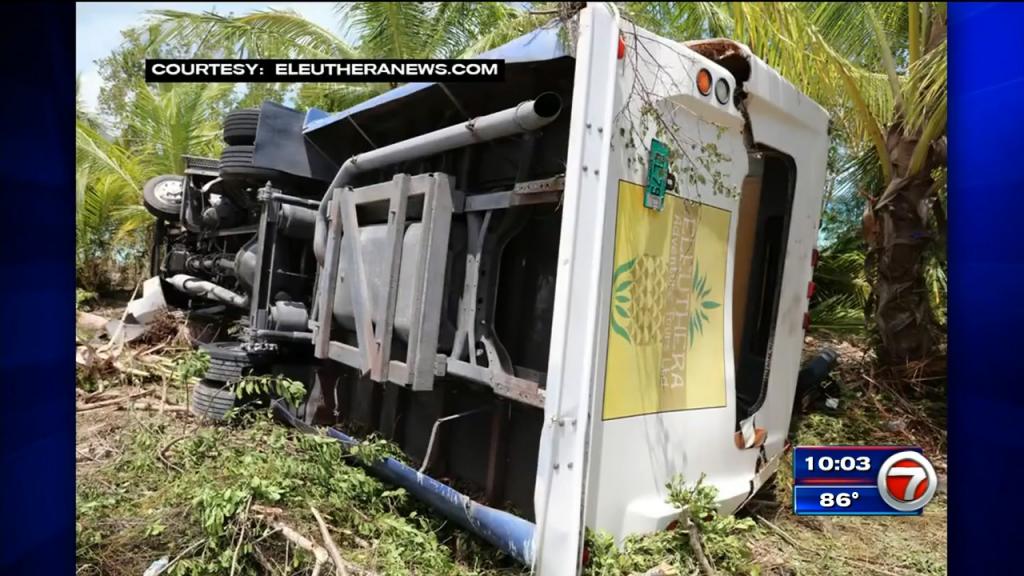 The crash comes a day after another crash injured several cruise ship travelers on the island of St. Maarten. Photos from the scene of that incident show the van in which they had been riding after it toppled into the sea. Locals came to the rescue of the distressed travelers and assisted them until authorities arrived.