Various Spanish language newspapers are reporting that a toddler died today, after falling from the Royal Caribbean Freedom of the Seas cruise ship while the vessel was docked in San Juan, Puerto Rico. 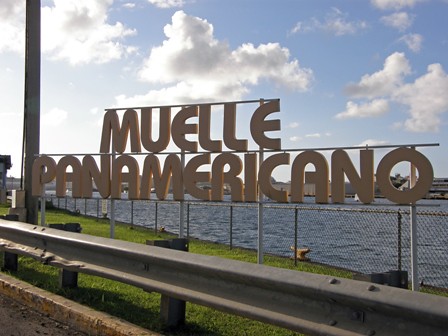 Telemundopr.com reports that the 18 month old child fell from the 11th floor of the ship as she was being carried in her grandfather’s arms. Apparently the grandfather slipped and the child fell, reports Elvocero.com.

My friend is on a #RoyalCaribbean cruise and a little girl fell off the 11th deck and died before the ship even left port. Can you even imagine. Horribly sad. #FreedomOfTheSeas

A witness to the commotion following the child’s tragic falling told Telemundopr.com (in Spanish) that “We heard the family’s screams because we were close by. I heard the child’s mother scream and I looked, imagine. That tone, a scream of pain of that nature can’t be compared with any other scream.

Police are reportedly investigating the incident.