Various news outlets are reporting that a cruise ship passenger drowned in an onboard swimming pool in the early hours of June 14. 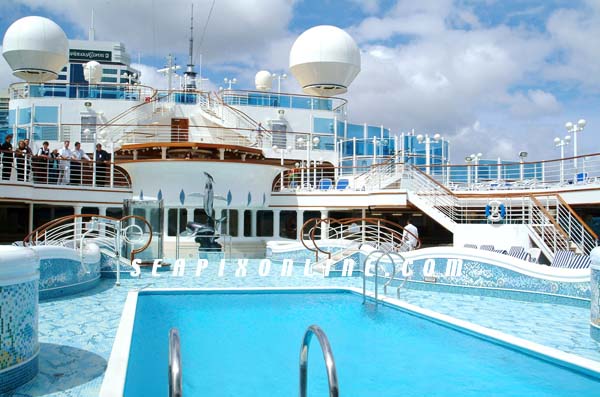 Newsweek.com reports that the man was found in the Neptune Pool aboard the Caribbean Princess cruise ship. Though the man’s identity has not been released, the report states that crew members recognized the victim as someone they had seen drinking heavily in the area of the pool the night before.

After pulling the man from the pool, crew members attempted to resuscitate him but were unsuccessful.

This tragedy causes numerous questions to immediately arise. For example, as Newsweek  notes, the area in which the man was found should have presumably been closed at some point, and he was either in the pool when it closed or he entered the area after it closed. How was he not spotted? Was there security patrolling the area?

The report also states that a passenger reported that her niece was detained for questioning after the ship arrived at Port at Fort Lauderdale, Florida. The knees had apparently been present  when the man was in the area and saw him swimming in the pool before his death.

Until recently cruise companies had long resisted stationing lifeguards at their onboard swimming pools, much to the dismay of parents whose children frequent the pools. Royal Caribbean recently changed its lifeguard policy after a spate of drownings and near drownings. Carnival Cruise Line continues to resist placing lifeguards at its pools.