Cruise companies are in a virtual arms race, practically daring one another to go bigger and bolder in a game of maritime one-upmanship. In recent years, cruise ships have grown to astronomical proportions, with the largest ships in the world now able to carry over 7,000 people. And cruise ship attractions have gotten bigger and bolder too. Newer ships not have waterslides hundreds of feet long and go-kart tracks. But the newest cruise attraction, meant to send travelers to flocking,  is a roller coaster. 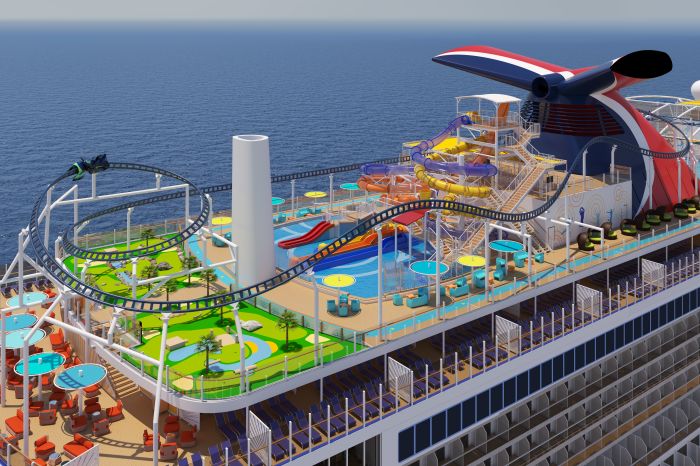 CNBC reports that Carnival cruise line is expected to unveil a cruise ship roller coaster aboard  its newest ship, Mardi Gras, next year. The coaster will be situated on the top outdoor deck of the ship and reach speeds up to 40 mph.

While putting a roller coaster aboard a cruise ship may sound like an amazing feat of engineering, and certainly it is, there are also inherent risks that come along with any cruise ship attraction of this type. For example, how will the coaster handle situations in which the ship lists suddenly, as happened several times to various ships over the past year? Another concern is cruise companies’ sketchy safety track record. Earlier this year a cruise ship passenger was severely injured when he fell from an onboard attraction.
While putting a roller coaster aboard a cruise ship certainly qualifies as one of the most novel mari

time ideas in recent years, the fact is that, should something go wrong, lives will be at risk. This harkens to an old saying, “just because we can doesn’t mean we should.”