The Carnival Splendor cruise ship finally set sail last night, after the ship’s May 25th voyage was delayed due to technical issues. 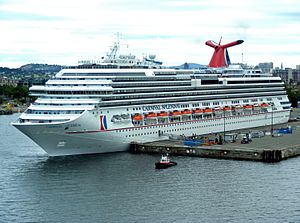 Though Carnival did not specify the exact issue affecting the Splendor, the company did  announce that the engine problem affecting the ship would prevent the vessel from reaching maximum speed.

Passengers had originally been told that the delay would last several hours, and that they would set sail on May 25th as scheduled. But after spending the night on the ship and waking up still at port in Long Beach, the travelers knew their itinerary would be significantly affected. All told, Carnival delayed the voyage for one and a half days, sailing Sunday night instead of Saturday afternoon as scheduled.

The Splendor was originally scheduled to make three stops, but cancelled the stop in Mazatlan as a result of the engine problem. Passengers were given a $50 onboard credit as compensation.