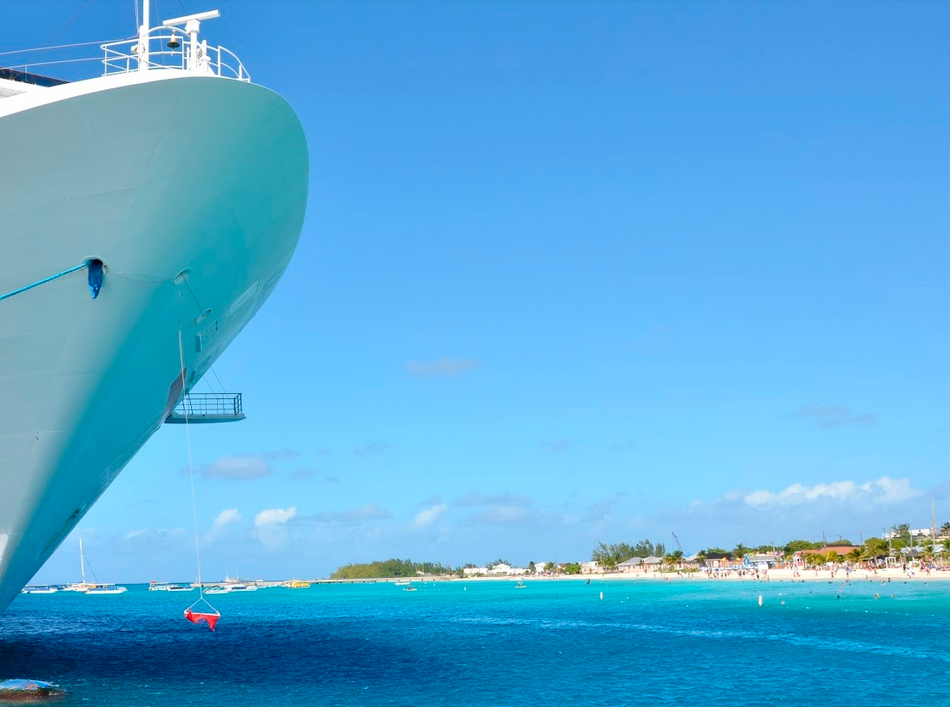 From time to time the media picks up a story about someone suing a large company for a “slip and fall” or other negligence on the company’s part – and you may wonder “Why was the victim awarded so much money?” Often times there is more to the story than the headline would suggest. Take the story of Denise Kaba for instance. We at the Hickey Law Firm recently handled a case for her in which she was awarded $2.9 million dollars against Carnival Cruise Lines. In August, 2009, while aboard the Carnival Cruise Lines ship the “Carnival Pride” Ms. Kaba slipped on the ship’s pool deck and fractured her patella, or knee cap. The first thing that probably comes to mind is the thought that she was on a pool deck -so it’s supposed to be slippery. Some people would immediately question how the cruise line could be liable for a slip and fall on a pool deck, or any other place that is inherently slippery. But, as previously suggested, there is more to this story than meets the eye. Carnival Cruise Lines used a slippery resin coating on the floor which caused an unusually slippery condition on and around the pool deck. In fact, pre-trial discovery turned up other cases of slip and fall on the Carnival Pride and other Carnival cruise ships because of the resin coating. In a rare move in liability litigation, Carnival actually admitted liability in this instance. The result of this accident was Ms. Kaba needing 6 surgeries on her knee. She now requires a brace, spanning the entire length of her leg, to help her walk. And she is not out of the woods yet. Though the last surgery was in September 2010, she and her doctors are still considering a complete knee replacement or fusing of the knee. After the fall Ms. Kaba had been seen by the doctor on the ship and she was reportedly told that she did not need any immediate treatment for the knee. So, here we have a case of not just a simple slip and fall. We have a case where a company knowingly produced an unsafe environment for its customers, and when an accident did occur, the company’s representative (the doctor) failed to adequately treat the situation. These additional details show clearly that Carnival was at fault. Sometimes there is a deep seated desire among the public to give a big company the benefit of the doubt. But, what if Ms. Kaba had not investigated Carnival, and had not found that they were negligent? It seems certain that Carnival was not yet ready to act on its own to correct the dangerous conditions on the “Pride” and other ships. The danger may have persisted for months, even years longer if she had not followed through with holding Carnival Cruise Lines accountable. Ms. Kaba was awarded $221,911 for past medical costs, $373,564 for future expected medical costs, and $200,000 for past pain and suffering. Considering Kaba’s condition will persist for some time, if not the rest of her life – she was awarded $1,960,000 for future pain and suffering. Thanks to her, we can all cruise a little safer.