The report says that Alaska’s legislature restored $3.4 million in funding for the program, but the governor can still veto even this funding. 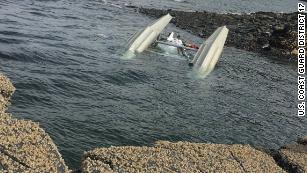