Norwegian cruise lines is being sued for the alleged sexual assault of an 11 year old by one of its employees.

BusinessInsider.com reports that the child, identified in court documents as Janie Doe, alleges that a 27-year-old crew member used a master key to enter her state room as she sailed on the Norwegian Spirit cruise ship in 2018. 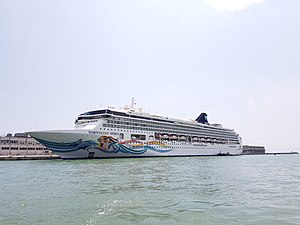 The suit alleges that the crew member repeatedly entered the room and inappropriately touched the minor before finally getting on top of her and sexually assaulting her. After the alleged sexual assault the crew member told the victim not to say anything.

Janie Doe informed her parents about what had happened, and her parents then reported the incident to cruise ship officials. MiamiNewTimes.com reports that after reporting the incident the family was further victimized when they were questioned by cruise officials for approximately three and a half hours, while repeatedly asking be allowed to leave. Only after Janie literally screamed at the cruise officials was the family allowed to leave.