Recently, the cruise world was shocked to learn that the Carnival Fantasy cruise ship had earned a paltry 77 out of 100 on it CDC sanitation inspection. Considering the minimum passing score is 86, the Fantasy’s qualification fell well into failing range. As the travel industry processes what this means, along with the many other recent negative cruise related stories of the summer, NBC News published an opinion piece by a prominent professor of epidemiology who emphatically states that she would never travel with her family on a cruise. 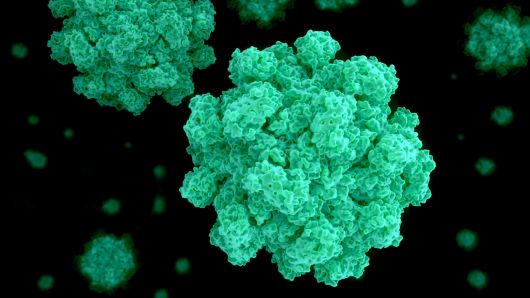 Professor Tara C. Smith, of Kent State University,has a unique perspective as it relates to cruising and illness. Due to her academic background she is well aware of the various viruses and bacterial infections that are frequently transmitted and contracted aboard cruise ships. In fact, her training seems to have uniquely prepared her to evaluate the threat.

When Professor Smith sees a cruise ship, she does not see a fun-filled travel paradise. Instead, what she sees is “the potential to be trapped with thousands of others in a confined space, suffering from gastrointestinal aliments like norovirus and E. coli, respiratory infections including influenza and chickenpox, or, as a recent Scientology cruise demonstrated, measles,” she wrote in the NBC News piece.

#Norovirus can get on food if touched by sick people, placed on contaminated surfaces, or contaminated at the source (e.g., farm). https://t.co/ZAA8x9aAWN pic.twitter.com/8Gk02fGRBq

Comparing the risk of contracting infectious disease aboard a cruise ship with, for example, contracting one of the same diseases during a staycation, Professor Smith says “ cruise ships take those risks of background infection and amplify them due to the constant shared quarters of travelers onboard,” adding that the ships are “notoriously difficult to clean when a case of norovirus is diagnosed.”

For years we have been sounding the alarm about cruise ship illness and cruise companies’ stubbornness against helping to correct the problem. Recent developments, such as the Carnival Fantasy flunking its sanitation inspection, seem to be finally garnering the kind of negative attention that may cause the cruise companies to make positive changes.