A 57-year-old Pakistani man was killed while working aboard a cruise ship in 2018. An investigation to the man’s death has now concluded that he was killed by a piece of heavy machinery which is used to clean the vessel’s windows. 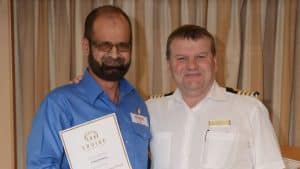 The BBC reports that 57-year-old Arshad Mehmood was working on the MV Azura cruise ship in July 2018 when he and a colleague were monitoring a window washing machine as it moved along the ship’s starboard side. As Mehmood reached through a hatch, the machine crushed him against the side of the ship. Though his colleague attempted to turn the machine off, it was too late. “He reached out and became trapped between the machine and the side of the ship ….He was crushed, asphyxiated, and he died in that position,” BBC.com quotes the Hampshire coroner Grahame Short as saying.

Short says that my Mehmood did not follow his training while operating the machine. Protocol  required him to ask his coworker to use a remote panel instead of attempting to stow the machine by himself. Mr. short speculates that the move was done in an attempt to save time. 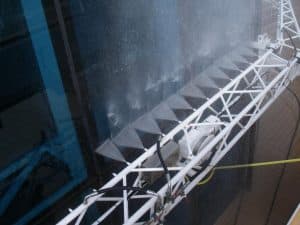 The report also indicates that an official for the Bermuda Shipping and Maritime Authority had asked the Swedish firm Skycon, the manufacturer of the machine, to improve its safety. It is not clear if the suggestion was acted upon or what actions were taken.

P&O cruises has pledged to make safety improvements to help ensure that this kind of tragedy does not happen again.