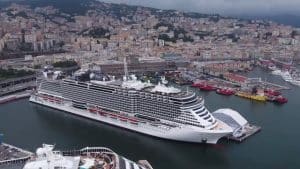 So, why do people fall from cruise ships in the first place? It is not uncommon for cruise companies to announce, in the moments after a cruise ship disappearance, that the victim was seen intentionally jumping overboard. In fact, this was the case in the rescue that was announced yesterday. In a statement MSC said that the victim had intentionally jumped from the ship before being rescued.

In other cases the victims imply fall overboard by accident. Often too much to drink can be implicated in such situations, such as in the tragic case of Samantha Broberg. Broberg fell from a cruise ship only hours after boarding it, and many belive that the incredible amount of alcohol she was served likely played a role.

Regardless of the reasons people fall overboard, cruise companies simply must do better helping to rescue passengers who have fallen from the ship. The technology of the day would allow cruise companies to not only identify much more quickly when and where.