In 2016, Carnival Cruise Line was criminally convicted for violating federal anti-pollution regulations. Carnival and its subsidiary Princess were both fined millions of dollars for the violations, and Carnival was given a five year probation period in which the company was supposed to get its act together. But during a hearing about this matter this week, U.S. District Judge Patricia Seitz said that Carnival should do more to speed up the changes. 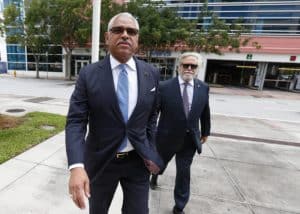 USA Today reports that Carnival executives Chairman Micky Arison and CEO Arnold Donald told the court that the company is taking significant steps toward cleaning up its act. Apparently the steps are not enough. Judge Seitz told the men that “We’re not there. And we should be,” USA Today reports.

Carnival is under increased scrutiny after, earlier this year,  it admitted that it had violated the 2016 probation agreement. That admission resulted in a $20 million fine, which was levied in addition to  a $40 million fine the company was ordered to pay in the original case. In an era of heightened sensitivity about pollution and damage to the environment, Carnival has admitted to dumping food, plastic, and even so-called gray water into the sea.

Lots of people at the gathering @NoGrandiNaviVe .#nobigships Big ships must stay out of Venice lagoon: for the right to health and to the city. pic.twitter.com/mAZS9q4zBM

In light of the environmental damage cruise ships often cause, residents of many port and destination cities have waged blistering protests against the vessels. Perhaps the most vocal of these anti-cruisers have been the residents of Venice, Italy. Venetians have taken to the streets, and even to the water, to protest the massive vessels. Their demands were made all the more urgent earlier this year when a cruise ship crashed into another vessel in the harbor at Venice, injuring 5 people.