CNN is reporting that six people fell ill aboard a Norwegian cruise ship earlier this week. 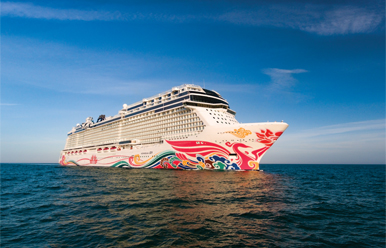 The sick passengers fell ill with flu-like symptoms including symptoms that affected the stomach. They were traveling aboard the Norwegian Joy, returning to the U.S. after a trip through the Panama Canal when they fell ill the report says.

In a statement to CNN Norwegian confirmed the passengers’ illnesses, saying, “During Norwegian Joy’s Panama Canal sailing, a few guests on board experienced a stomach related illness. To mitigate any impact of this rare occurrence, we implemented stringent sanitation procedures.”

The Norweigan statment seems to be referring to outbreaks of norovirus which occur relatively frequently aboard cruise ships. Norovirus can cause flu-like symptoms and is spread through human contact and infected surfaces.

The most significant norovirus outbreak in cruise history occurred aboard a Royal Caribbean cruise ship when nearly 700 passengers were sickened with the stomach bug.