Last week two residents of St. Thomas, in the U.S. Virgin Islands, leapt into action to help a cruise ship passenger who had fallen off a pier into the water. The victim is a woman who was traveling on the Carnival Fascination, and had disembarked when the ship arrived at port.  Randolph Donovan and Kashief Hamilton helped to rescue the woman, who was reportedly in a wheelchair when she fell. This week Carnival held a ceremony in the rescuers’ honor. 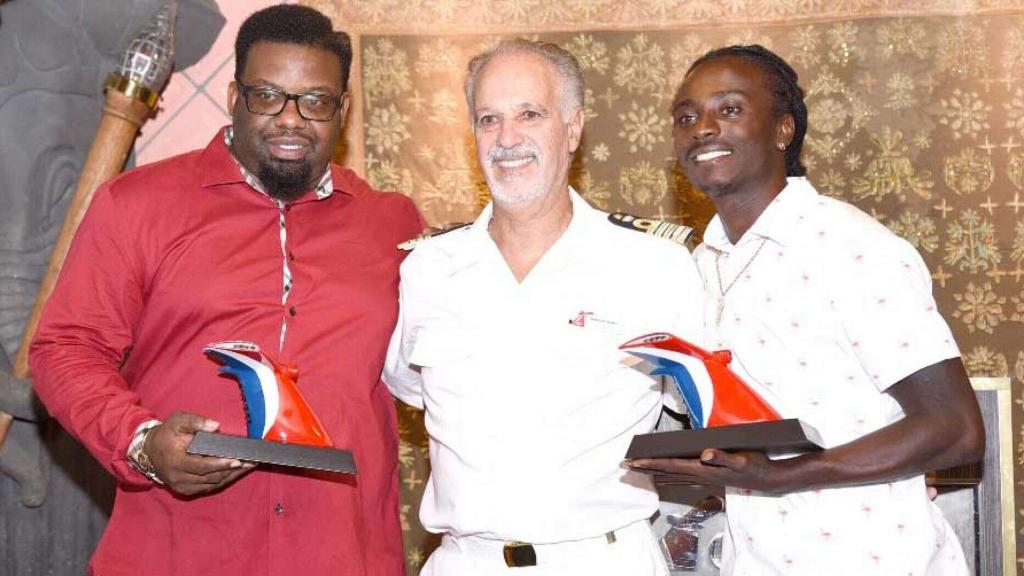 During the ceremony, captain of the Carnival Fascination, Captain Donato, thanked the men and handed them Carnival themed awards.

In a statement, the cruise line recognized Donovan and Hamilton’s heroic actions, saying “During a ceremony aboard Carnival Fascination, Captain Candeloro Donato recognized the heroic efforts of Randolph Donovan and Kashief Hamilton who assisted a guest who accidentally fell in the water on the St. Thomas pier while being escorted in a wheelchair by a family member.”

Video of the event and its aftermath have been widely published online.